Zoe was part of the M.I. High team in Series 6.

Clone of the Mastermind, trained by SKUL, later recruited by M.I.9 , believed to be a successful clone, but later revealed to be another failure.

Zoe is also known as V.9.5.Z.0.E.6. She was found by the team in the "The Fall of SKUL", in a van run by a SKUL agent going to the rendezvous where she was meant to be SKUL's ultimate weapon. After being found by the team she decides to join the team as she had hated SKUL for years. Later in "The Final Endgame", it is revealed that she is actually one out of the 80 clones of The Mastermind but she was the only one that came out as a perfect match. She loves jelly and her favourite subject is physics (and other things to do with space and technology). It is also shown that she is very good at hand to hand combat and gymnastics.

Like Oscar Cole she looks up to Frank London as a father figure and lives in a M.I.9 foster home. She has quite a big crush on Dan Morgan and Dan also likes her they are considered love birds. But in the end when Zoe leaves Dan is not happy and then a new girl joins Keri summers. Dan hates her, because it reminds him of Zoe. In "The Face Of Revenge" he asks her out to watch a concert and in the episode "Mission: Incredible" she performs a Romeo and Juliet scene with Dan. He also saves her from the Dark Wizard in Episode 9 and at the end they hug and he says he is lucky because he gets to "save the princess for real". Tom and Aneisha refer to the two of them as "Romeo and Juliet".

She isn't in Series 7 because she is searching the world for other clones, who she sees as her sisters.

Zoe is a very intelligent person, although she lacks knowledge on the outside world as a result of being kept locked up in SKUL for many years. Also because of her lack of knowledge of the outside world she could seem quite funny at times as said by Dan. In "The Hive", Melissa Allbright asks if her parents were robots, not knowing that she was trained to be a weapon.

She can also be very curious and at times determined as shown in Inheritence when she leaves the mission to find her sister/clone Kloe. She also seems to easily trust others as shown in "The Final Endgame" when she trusted Dr. Steinberg. 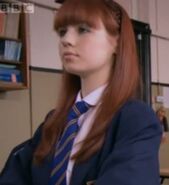 "Nobody has that many sisters."

Dan and Zoe in The Hive

Dan asking Zoe out to a concert together 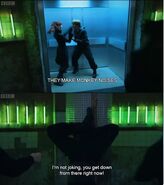 Dan and Zoe being monkeys 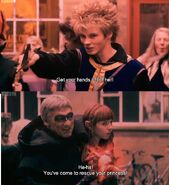 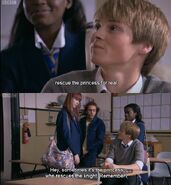 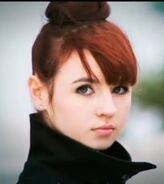 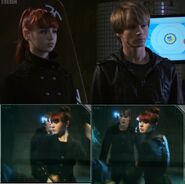 Dan and Zoe in HQ and in the field 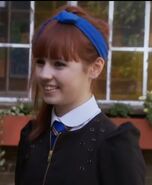 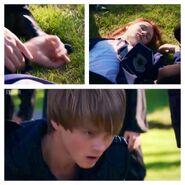 Dan checking Zoe's heartrate after she was shot.

Zoe has been taken and Dan goes ballistic trying to find her. 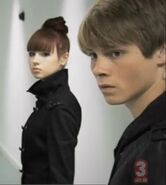 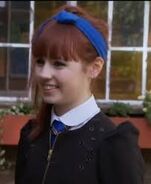 Add a photo to this gallery
Retrieved from "https://mihigh.fandom.com/wiki/Zoe?oldid=26721"
Community content is available under CC-BY-SA unless otherwise noted.