Vote SKUL is episode 1 of Series 5.

The Grand Master takes full advantage of his new freedom and stands in the forthcoming general election. He wants to become the next Prime Minister and if he wins, he plans to shut down the security services including M.I.9.

Meanwhile, Scoop Doggy and Avril Franklin are campaigning for school president at Saint Hopes. Mr. Flatley declares that Avril's promises are going too far and campaigns for Scoop while Mrs. King campaigns for Avril. 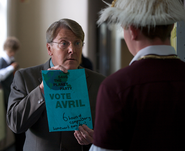 The Grand Master as Prime Minister.
Add a photo to this gallery 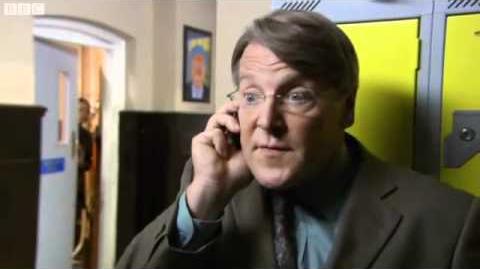 MI High - S05E01 - Vote Skul
Add a photo to this gallery
Retrieved from "https://mihigh.fandom.com/wiki/Vote_SKUL?oldid=27478"
Community content is available under CC-BY-SA unless otherwise noted.