The Mayze is episode 1 of Series 7.

It's a new term at Saint Hearts and with Zoe still away, spy handler Frank London tasks the team with the mission of tracking down one of Zoe's duplicants, Keri Summers, who is the new intended host of the Mastermind's consciousness! The team find Keri, who tells them about another sister, Libi. Keri leads them to KORPS' underground base, where they find Libi. However, Linus Currie has a machine that can make the walls move and it looks as if there is no hope left for the team. Keri defeats Currie and the team escape. To Dan Morgan's disappointment, Keri is then instated as a MI High spy.

'Lady J' dancing in the corridor 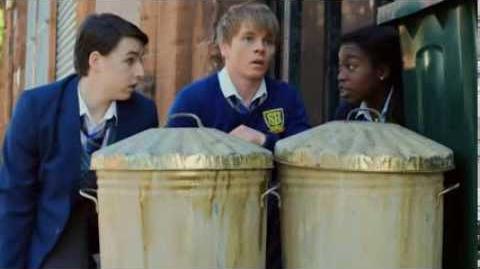 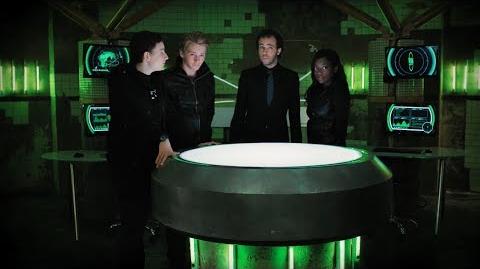 M.I.HIGH Series 7 Episode 1 - The Mayze
Add a photo to this gallery
Retrieved from "https://mihigh.fandom.com/wiki/The_Mayze?oldid=27163"
Community content is available under CC-BY-SA unless otherwise noted.