The Fall of SKUL is episode 1 of Series 6.

The old MI High spies have graduated to M.I.9 and spy handler, Frank London, must find three new spies to take their place. Meanwhile, two men have robbed an old women of her handbag. Dan Morgan, a teenage boy, chases after them but is taken away by two M.I.9 agents. Tom Tupper is hacking into NASA's systems when he too is taken away. Aneisha Jones is taking on multiple personalities while in disguise to try and meet Beyonce when she is also taken by M.I.9 agents. All 3 of the kids are taken to meet agent Chief Agent Stella Knight in the secret M.I.9 base under Saint Hearts. Then Frank arrives saying "Welcome to MI High."

At a SKUL base, a SKUL officer warns The Grand Master that several SKUL bases have been attacked, but not by M.I.9. Not taking any risks, The Grand Master orders everyone to evacuate. By the time M.I.9 arrive, the base is empty. Meanwhile, at Saint Hearts, the new headmaster, Mr Flatley, arrives. He is surprised to see Frank there. The MI High spies are given their first mission; to find a SKUL van with a dangerous weapon inside. Aneisha goes undercover with Dan and Frank waiting behind a bush. Soon they find the van. It turns out that the weapon is a girl.

The girl is taken back to M.I.9 HQ. Her name given to her by SKUL is revealed to be V.9.5.Z.O.E.6. To keep her safe she is taken to Saint Hearts. The spies name her Zoe after noticing the Z.O.E. part in her name. Tom realizes that he can track the Grand Master using a one way communicator one in Zoe's possession. Frank tells Zoe to stay at school.

The spies find The Grand Master, who is amazed that Zoe is there. Zoe refuses to return to SKUL.

He then escape in a stealth plane. Tom uses a DS to control the stealth aircraft but he ends up losing control when the Grand Master breaks the steering, casing it to crash to the ground. The spies find him but are attacked by a mystery group initially thought to be SKUL henchmen but discover it is a criminal group that goes by the name of KORPS. The Grand Master shoots Zoe with a laser. Luckily a book in her pocket saves her. Stella arrives and the Grand Master is arrested.

The 3 spies return to school. They are discussing Zoe. As they enter the lift, they see Zoe already there. She is now an MI High spy. Tom explains that he picked up The Grand Master's laptop. There is a voice message on there with a mysterious voice. Frank takes the spies to the old war room known as the Bunker. He shows them an organization similar to SKUL called KORPS, which was destroyed years ago. Frank explains that the voice couldn't of been KORPS' leader the Mastermind because he, his deputy the Crime Minister and many other KORPS agents were killed in an explosion years ago.

MI High HQ
Add a photo to this gallery 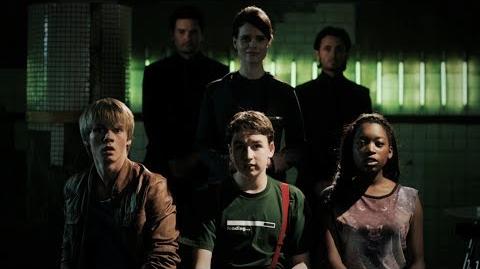 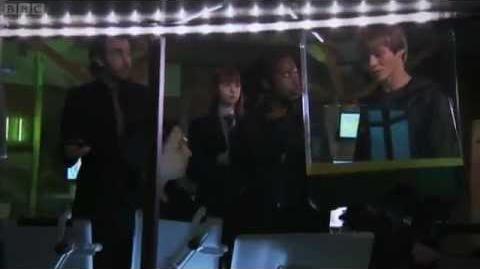 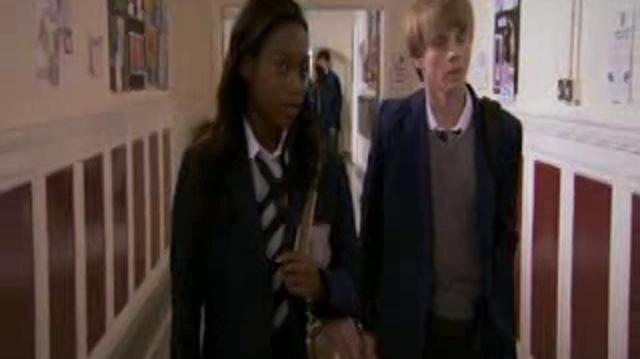 Retrieved from "https://mihigh.fandom.com/wiki/The_Fall_of_SKUL?oldid=26320"
Community content is available under CC-BY-SA unless otherwise noted.