Revenge is Sweet is episode 4 of Series 7.

When government food advisor George Monoblot is fired after protesting the dangers of a revolutionary sugar substitute, Cupodium, he seeks revenge and enlists the help of President Carlotta of Cartania. They put a new substance, Cupodium Triple X, into cupcakes, which are selling by the millions. The first stage of the compound is happiness. However, the second is rage. Dan and Aneshia are captured by Carlotta, so it is up to Keri to get the antidote. She tells George Monoblot that Carlotta is double crossing him and together they release the antidote into the rain.

Meanwhile, Mr Flatley becomes happy and proposes to Mrs King. As he enters the second stage, rage, she enters the first. During the climax of the episode, Mrs King, Lady J, Roly, and the Saint Hearts students dance in school entrance. 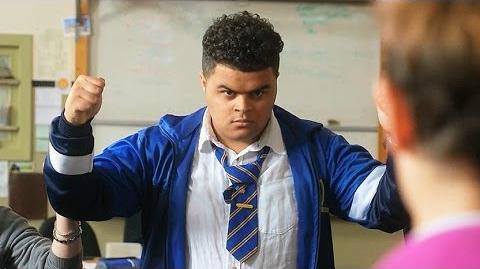 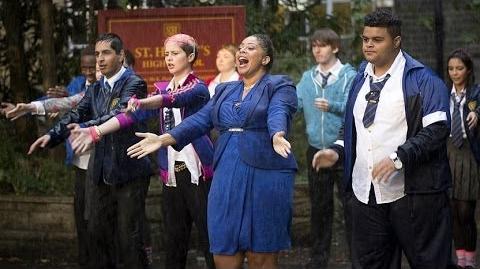 MI High - Series 7 - Episode 4 - Revenge is Sweet
Add a photo to this gallery
Retrieved from "https://mihigh.fandom.com/wiki/Revenge_is_Sweet?oldid=27677"
Community content is available under CC-BY-SA unless otherwise noted.