Frankenstein is episode 2 of Series 7.

Keri Summers's first mission as a fully-fledged M.I.9 agent comes sooner than anyone expected when the team discover an abandoned KORPS base beneath the school playground. Keen to investigate, their efforts are repeatedly hampered by the Saint Hearts Centenary celebrations (1914-2014). As a terrible storm closes in, Frank London begins acting strangely. They realise that one of KORPS' long forgotten experiments from 1941 has turned Frank into a supersoldier. The team mange to lure the savage Frank into the machine, and change him back to his former self.

Meanwhile, Mr Flatley is hosting a Halloween party at the school to celebrate 100 years of history. He decides to re-create an experiment with lightning.

Preston, Mr Flatley, and Roland wait for the storm. 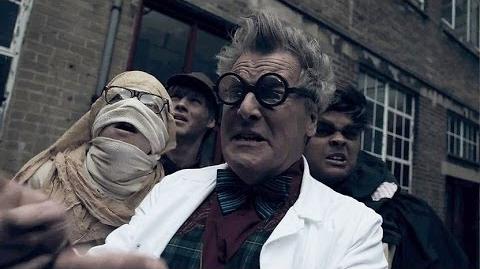 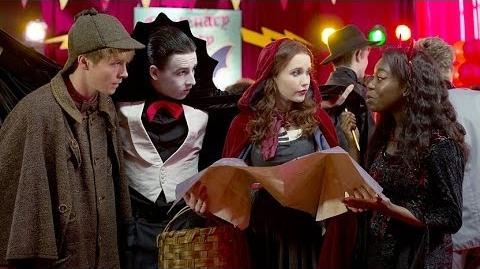 M.I.HIGH Series 7 Episode 2 - Frankenstein
Add a photo to this gallery
Retrieved from "https://mihigh.fandom.com/wiki/Frankenstein?oldid=26595"
Community content is available under CC-BY-SA unless otherwise noted.