She is usually the kind of girl every boy in school dreams of due to her popularity and fashion. With an outgoing and bubbly personality, she can be mischievous and very malicious at times, but deep inside she can be very sweet, and cares about her friends. She is constantly worried about her appearance and wants to keep ahead with the latest trends and fashions. She hangs out mostly with her 2 best friends, Zara and Kaleigh (Series 1) / Leticia (Series 2). The 3 of them are the most popular girls in school.

Daisy is an only child and her parents both work abroad. In "The Power Thief", we learn that her father is the chairman of a museum trustee board and is famous because of the position; because of this, she has met the Queen and lives in a big country estate, although she tells no-one at school about her family or where she lives. Only Blane Whittaker finds out the truth in "The Power Thief" via breaking into her locker. She has an interest in Blane but hasn't told him, she got jealous of Irena when Blane showed an interest in her in "Spy Plane". See: Blane and Daisy for Blane and Daisy's relationship.

Daisy is a master of disguise, and in many episodes she goes undercover. She has a lot of imagination when it comes to invent excuses when she's being called by Lenny for missions, or for distracting someone else's attention from someone/thing. She was one of the first M.I. High agents.

Socialite Daisy is a undercover expert with extraordinary chameleon abilities and a master in the art of disguise, building allegiance to get closer to the enemy. She makes diversions for the team and adapts herself in every situation.

In "The Big Freeze", she considered herself as useless in the team.

After the end of series 2, both Daisy and Blane leave the series to be in project Alpha, training new spies. Like many of the characters of the first two seasons, they never are mentioned or alluded to again following their departure, save for a mention by Frank London in "Art Attacks".

Rose and Daisy in, "Face Off".

Daisy and Blane in "Face Off".

Daisy in the base.

Daisy and Blane in "Fit Up".

The team at Saint Hopes.

Daisy in "The Big Bling" 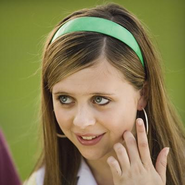 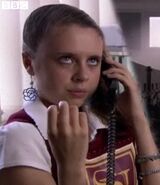 Daisy on the phone 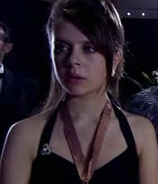 Daisy in "It's a Kinda Magic 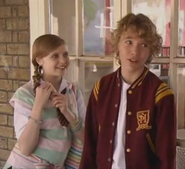 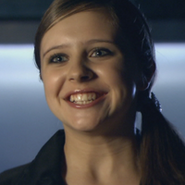 Daisy in 'Nerd Alert'
Add a photo to this gallery
Retrieved from "https://mihigh.fandom.com/wiki/Daisy_Millar?oldid=27564"
Community content is available under CC-BY-SA unless otherwise noted.